Home > News > The 75th Anniversary of the Spitfire 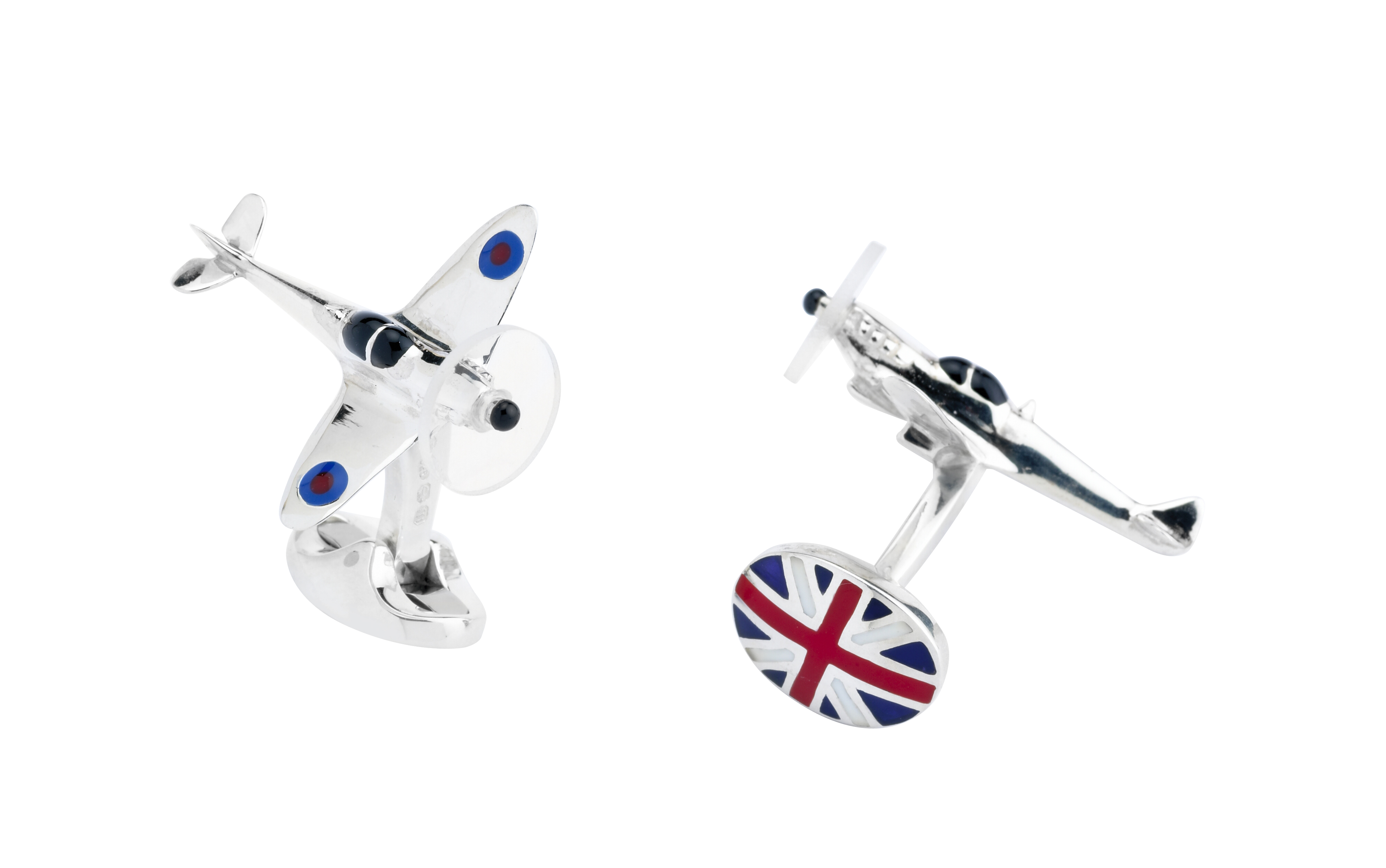 Whilst reading the morning paper I came across a snippet that caught my eye. This year marks the 75th anniversary of the iconic British Spitfire plane.

Created and used throughout World War Two, the Spitfire played an important role in the war, especially during the Battle of Britain. Often called ‘Britain’s finest hour’.

I also noticed that although the planes were originally designed in Southampton, almost half of the total number of Spitfire’s made were produced in a factory in Castle Bromwich. Not far from the Deakin & Francis workshops!

The Spitfire is arguably the most famous fighter plane ever made and embodies the true spirit of being British. To celebrate this we’ve created our very own Spitfire cufflinks with enamelled Union Jack fittings. The perfect patriotic accessory!