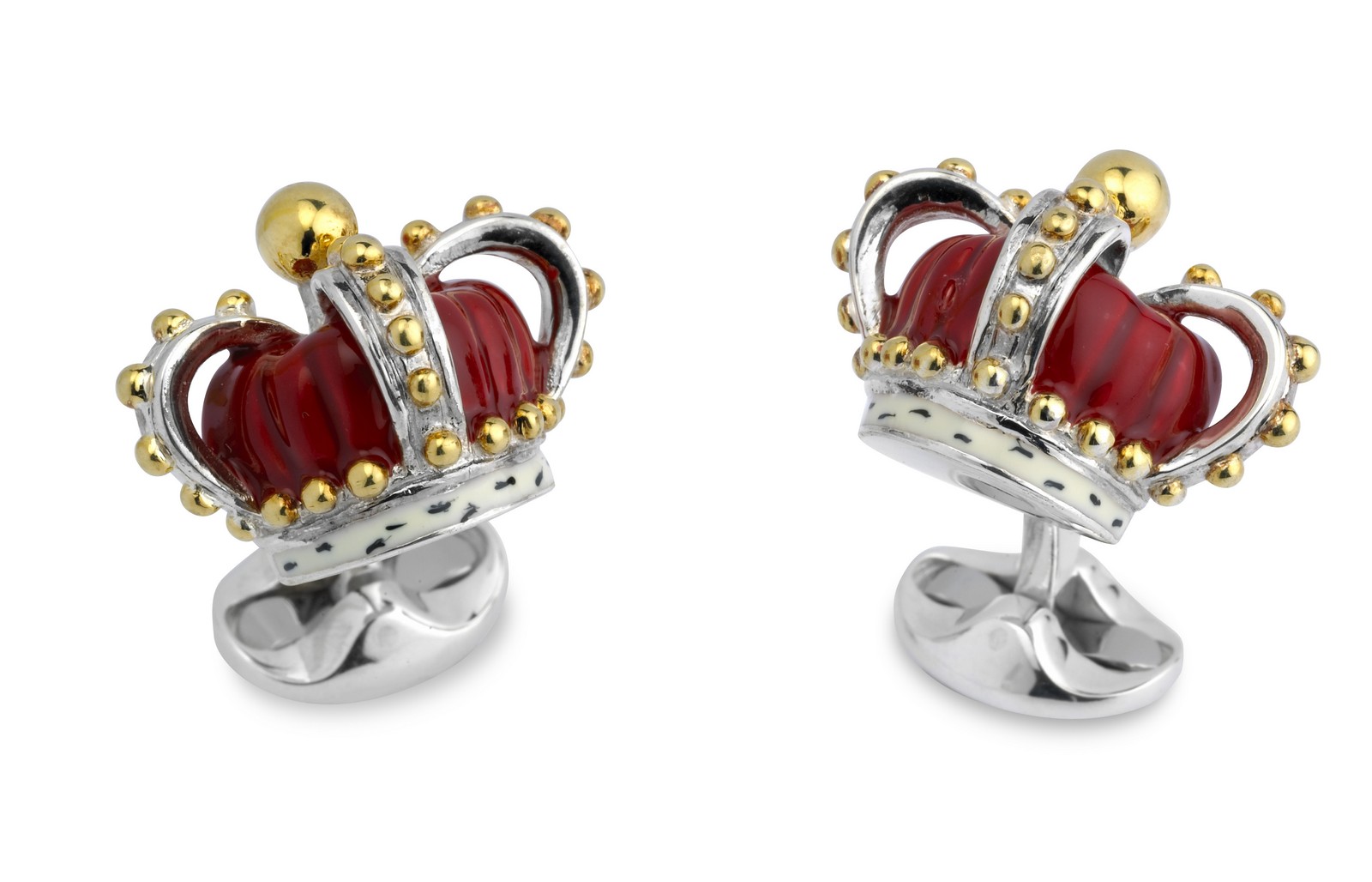 It will soon be time for the Duke and Duchess of Cambridge to start planning their son’s christening, but what exactly does one buy for His Royal Highness Prince George Alexander Louis of Cambridge?

– A vineyard in the exclusive French province of Champagne or Burgundy would make a wonderful gift, usually reserved for seasoned viticulteurs but we’re sure they’d make an exception for the future King of England!

-To help the young prince with his studies, a bespoke 18ct White Gold and Diamond fountain pen would make an ideal christening gift. Be sure to get it engraved with his initials so he doesn’t get it mixed up with his classmates!

-We’re sure George will enjoy playing Polo as much as his father, so these 18ct Gold Round Hobnail Patterned Cufflinks With Diamonds And Mother-Of-Pearl Inlay will be perfect to wear whilst attending Royal dinners.

-The 18ct Gold Cushion Style Enamel Cufflink in royal blue and red would also be a great gift. Made to commemorate the Jubilee of his great grandmother, the Queen, George could wear these for those less formal dinners with his pals.

-Or perhaps a pre-loved Aston would be the perfect project for the Prince and his father to work on during school holidays and those rare breaks from Royal Duties.

-A classic christening gift, the watch, could also prove to be popular with Prince George. Make it extra special by choosing something like this Louis Moinet Meteoris watch. With four watch faces made from a meteorite from Mars, the moon, an asteroid and an ancient meteorite commonly known as the Rosetta Stone, and with a price tag of $4.59 million, this is one gift you’ll want to entrust to the safekeeping of George’s parents until he comes of age.