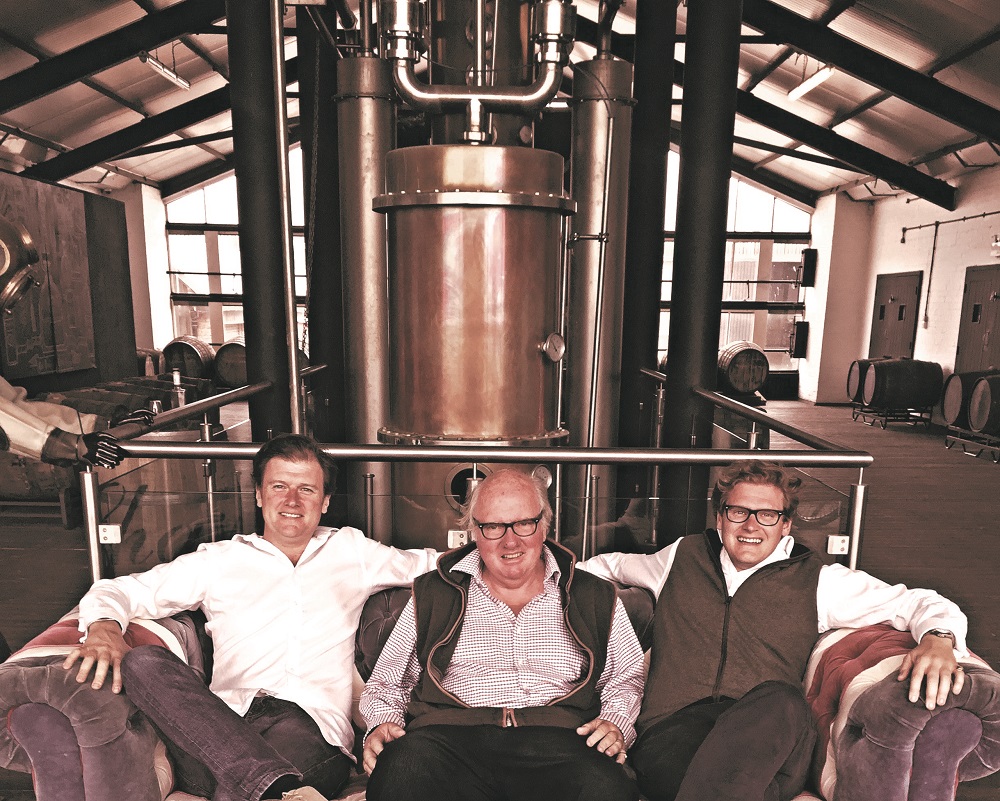 “You’ll notice the steps as you walk into the building, they’re nicely worn by seven generations of Deakin’s coming up here!”

Originally founded in 1786, Deakin & Francis has been housed in the same building for over 230 years and remains to this day an invaluable part of the British manufacturing landscape. While the success of the company can be attributed to many factors, the level of skill, craft and talent housed within the Birmingham based factory is undoubtedly one of our most unique and successful selling points.

Henry Deakin, our managing director, understands the importance of celebrating our company’s rich heritage and is a vocal advocate for keeping its roots of traditional craftsmanship alive; “I think British craftsmanship and heritage are invaluable and I honestly believe that if we stop doing it, that it would leave a massive hole in the Birmingham manufacturing industry.” He also adds that; “we do a lot of custom designs here now and it’s a route we really want to take the company further down, because there are less and less companies in the country, and in the world, that can do custom pieces.”

Recently Deakin & Francis has taken a conscious step into the spotlight in order to gain recognition for the incredible work that has been happening in the factory for the past 233 years; “We’ve got the track record, we’ve got the skill set here, and it’s time to actually put the company on the map and be recognised rather than just supplying other companies and putting their name on the product. Our skilled people in the workshop need to be recognised and the company as a whole needs to be in the front seat.”

Stepping into the family business

Operating as a small family business, Henry is in a unique position to know just how much hard work has gone into making Deakin & Francis one of the worlds oldest working jewellers. And just like the team working in the factory, Henry has dedicated his education to learning the industry craft to ensure that he is well equipped for the position of managing director;

“Walking into a family business, if you don’t have the training or the knowledge it instantly puts you on the back foot… I can walk into an appointment with Aspens or Harry Winston or Tiffany’s knowing that I actually know what I’m talking about rather than being the son of the owner.”

His formal training started when he studied gemology in Vincenza. Once he had passed this intensive course, he went on to become a diamond graduate and then studied design at the Gemological Institute of America. “There are only about 25 of us on each course, the GIA specialise in smaller groups. They’re in London, LA, Italy, Hong Kong, so they’ve got a few bases but they’re a very specialised subject. I believe the courses are always sold out and I think out of my class only about four of them are still in the jewellery industry.”

The next step after this was a job working in Aspreys in New York to gain valuable retail experience before moving back to Birmingham and starting work in the Deakin & Francis factory.

While the old techniques still sit very much at the foundation of Deakin & Francis, the product range has had to diversify over the years to reflect the changing interests and styles of our customers. If you were to go back six generations and show them a set of cufflinks with a moving skull, for instance, they’d be pretty shocked! However, these quirky pieces are now unquestionably ‘Deakin & Francis’ pieces.

While we are still particularly well known for our cufflinks, this is only actually one portion of the business. We also want our customers to know about the special commissions and the one-offs that we can do.

“We have some awesome custom pieces going through at the moment, partly because we believe that we’re the best at doing it, but partly because the other companies aren’t around and most companies are just buying in and shipping out, and that’s not the direction that we want the company to go in. Quality has always been the most important thing. To have a British heritage brand of over 230 years is awesome!”

Today, Deakin & Francis remains a great example of British craftsmanship at its best. “We don’t want our stuff going into landfill, that’s it. And they’re not necessarily fashionable pieces or designer pieces but they’re really beautifully made. We stand by our quality and that our pieces are made to last. A pair of cufflinks is a pair of cufflinks, but ours are to the highest standard.

A lot of the cufflinks move, so whether it’s twisting a pig’s ear and the feet move, whatever it is, the Deakin and Francis factor is knowing that the product you are buying is what it says on the tin and also that it is made to last. You look after it for the next generation and that’s genuinely how we feel. When I say we don’t have a repairs department our products are made to last and you know that you’re buying the best quality and if somethings coming back it’s not a matter of sending another one out, it shouldn’t come back.”

While a lot has changed since 1786, Deakin & Francis has remained a strong and resilient presence in the British manufacturing industry, and with a team of committed and trained professionals working behind the scenes every day, the future continues to look bright!